Bengal Cat Colors are his to Show Off

Our King Ezekiel has large round circles that have black rings with a caramel colored center on a golden glittery pelt. The popular, Brown Rosette Bengals have spots that are two-toned, contrasting colors and distinct from the background pelt. He has large, green eyes. He is a real beauty and our most beautiful Bengal. Indeed, he could be a show cat, but we haven’t ventured into that yet. He’s also a super sweet big boy! Weighing in at around 16 pounds he can be a little intimidating to other cats. 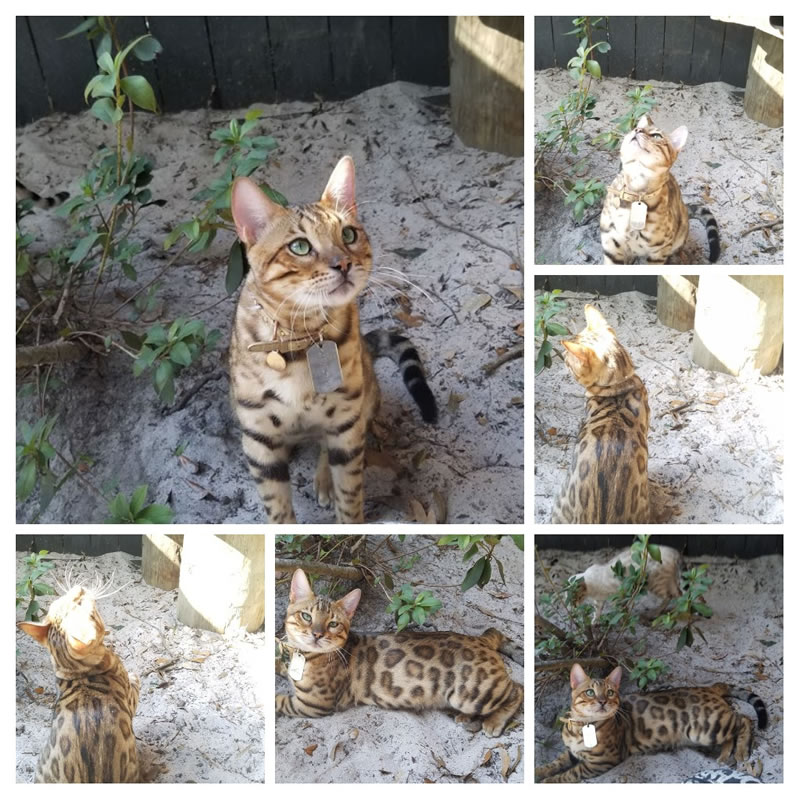 As Bengal Cat Breeders we are Lucky to have Ezekiel

As a Bengal cat breeder you know you have a sweet King Bengal when he meets four male kittens for the first time and doesn’t try to attack them. He was very interested in watching them, but he never hissed or swatted at them. He was so good with them and seemed to understand they were fragile.

King Ezekiel loves to hang out in the outdoor enclosure, though he comes inside throughout the day. He can be very vocal at times and I’m sure the neighbors have wondered what kind of animal the neighbors have.

Our Male Cat for Stud

King Ezekiel is a young male, but as luck would have it, he had no problem courting our two female Bengals. Believe it or not, there are some male cats that take longer to figure out mating. We have only allowed him to breed with our two female Bengals but would consider doing a selective “stud set” for the right person. Preferably someone that has a young female Bengal and would be willing to do all required medical testing, pay stud fee and have a clean bill of health.

King Ezekiel is the only cat I’ve ever had that has actually used the toilet. He prefers the litter box (next to the toilet), but I have caught him using the toilet too. I’ve laughed, thinking, “Great! - the one cat that likes being outside the most and he’s the only one that will use the toilet.”

We recently purchased a toilet training kit, so I’m hopeful his offspring will learn to use it. A key to toilet training a cat is to place the litter box in the bathroom next to the toilet and slowly raise it to toilet level. Most cats will instinctively scratch to cover their excrement. If your cat isn’t big on covering things up, you may have an easier time teaching it to use the toilet.

Bengals are beautiful, hypoallergenic, energetic and playful cats! If you find your Bengal is being destructive it’s because he or she is bored. While they are not a lap cat they do need human interaction. King Ezekiel wants to be near his human family and be able to go out for fresh air sometimes. He loves to go into his outside enclosure at night and swat at insects that are drawn to the outdoor lighting. He will jump and pounce on a moth and then bring it into the house to show off his catch.

We can really see the wild leopard in him when he’s stalking a lizard. He’s just a lot of fun to watch. If you don’t have a yard to make an enclosure, then consider training your Bengal to walk on a leash. This is something you will want to do right away while your Bengal is still a kitten. If  you already walk your dog, you might want to walk your Bengal at the same time. Just make sure the harness is the right size because cats are good at wiggling out of them if they are a little loose.

The Woman that started it all...

Bengals are a cool breed! Many people do not know that the woman that started the Bengal breed, Jean Mill, did so because she wanted to save wild leopard cats from being killed for their beautiful coats. Their pelts really are magnificent to look at and when I walk King Ezekiel people always stop to check him out. Jean Mill figured that women wouldn’t want to wear coats that looked like their household pet. I believe she was correct, and it was a great way to help preserve leopards in the wild. 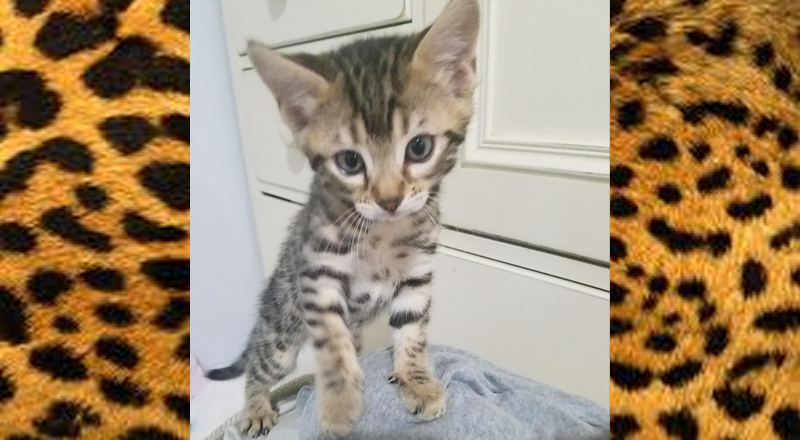 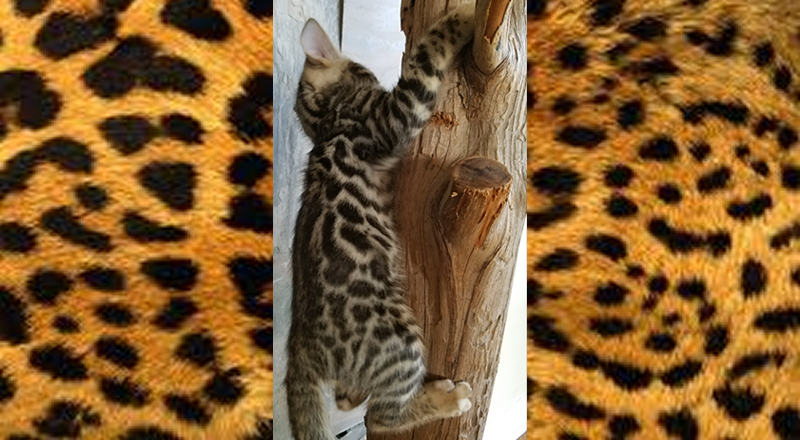 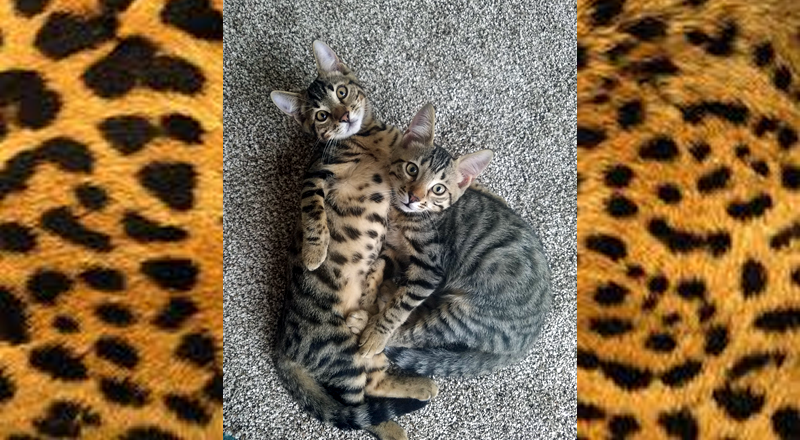 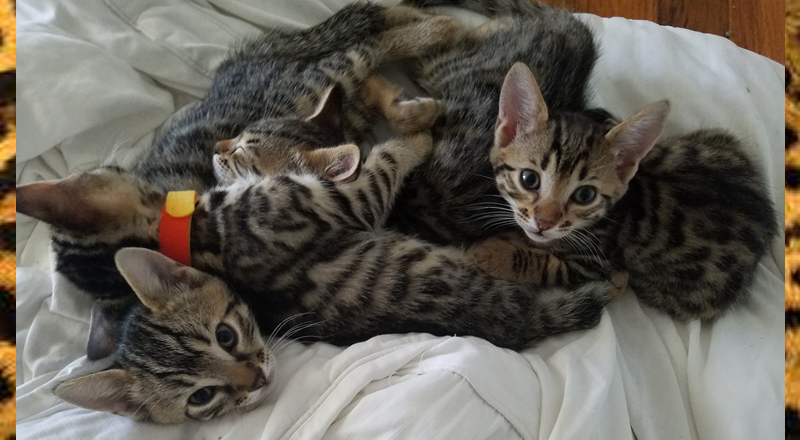 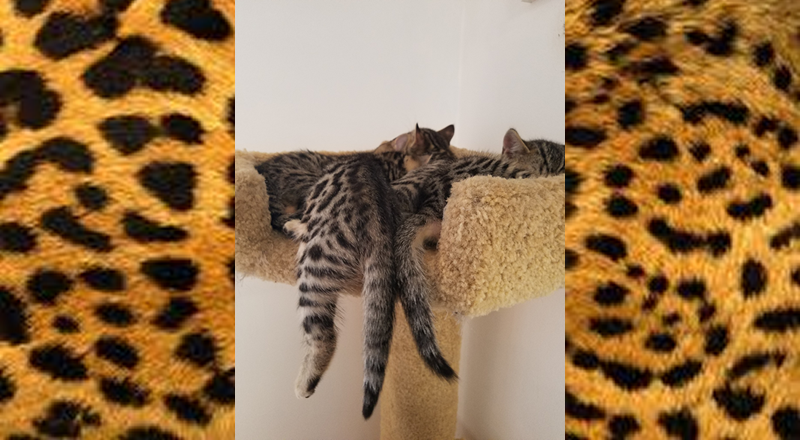 Charleston Bengals - Phone: 843-901-9765
Isle of Palms, S.C.
Website by TADA! Media Services, Inc.
This cattery has NOT been inspected by and is not endorsed by The International Cat Association, Inc.